The wetland-trickling filter demonstration system shown below was designed and operated to treat 1,000 gallons per day of primary-clarified municipal wastewater.  The system was designed by Community Environmental Services, Inc. (CES) in association with Sherwood (Woody) Reed, P.E. of Norwich, Vermont.  The system was constructed under the direction of CES at a City of Austin municipal wastewater treatment plant, with monitoring then performed over a 3-year period.  The system produced an average BOD5 of 5-7 mg/L and TSS of 1-3 mg/L.  The system was monitored during periods of time when the trickling filter was both on and off-line.  During periods when the trickling filter was in operation with recycle of effluent from there to the head of the wetland, total nitrogen removal from the system ranged from 85 to 95% with an average of just over 88%.  The conceptual diagram shows effluent going to final soil dispersal for an actual system of this type.  The system is suitable for use in areas with very sensitive environmental and water quality issues, and could serve two to four homes, depending on sizes of the homes.  A process flow diagram and photos of the system is shown below. 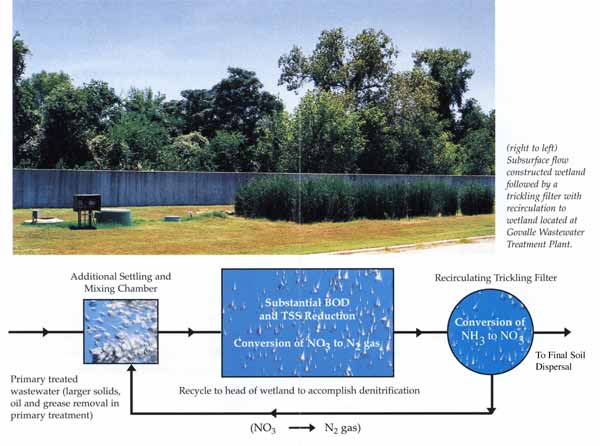 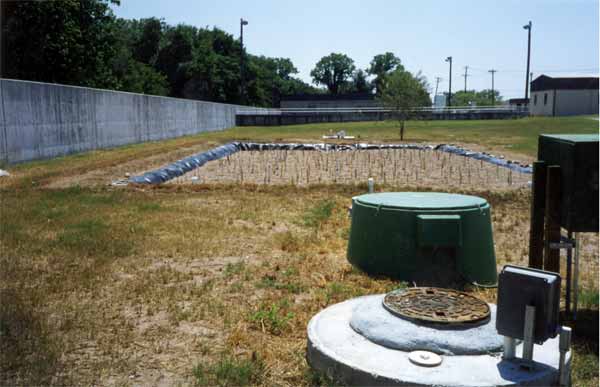 In the foreground of the above photo is the above-ground portion of the green trickling filter unit (Bioclere), adjacent to a pump station with the monitoring port and manhole cover from which final treated effluent is returned to the City’s treatment plant. 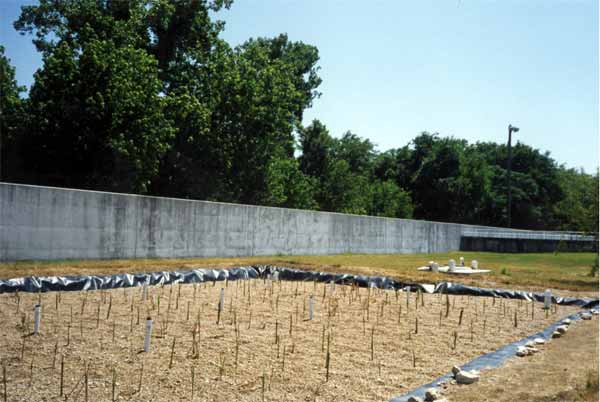 Cattail shoots can be seen emerging from the wetland here. 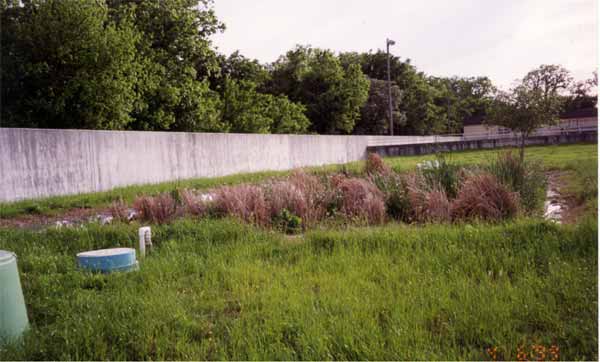 The wetland vegetation has become fairly well established at the time this photo was taken.  The top of  the blue level control manhole can be seen to the left of the photo, with the edge of the trickling filter unit to the far left.